Skip to content
Home » News » Stakeholders in the Maritime Logistic Supply urge the Commission to proceed to a proper objective evaluation of the Consortia BER.

Stakeholders in the Maritime Logistics Supply Chain urge EC to proceed to a proper objective evaluation of the Consortia BER.

Stakeholders in the Maritime Logistic Supply urge the Commission to proceed to a proper objective evaluation of the Consortia BER to guarantee a real level playing field and a healthy functioning of the maritime logistics chain.

CLECAT, ETA, EBU, ESC, FEPORT, GSF, GSA and UIRR representing users of liner shipping services and service providers of the maritime logistics chain (hereafter, the associations) jointly object to the prolongation of the Consortia Block Exemption Regulation (CBER) on the grounds advanced in the Commission Staff Working Document Report from 20 November 2019 (the SWD). The associations believe the Commission has failed to demonstrate that the continuation of the CBER would benefit transportation users and service providers, i.e., consumers.

The EU’s Consortia Block Exemption Regulation for liner shipping exists since 1995 and was revised in 2010. Since then, it has been renewed, without modifications, every five years. The Commission’s proposal – to which the associations strongly object – is to once more renew the BER without modifications.

Not only has the Commission largely dismissed the views of the users, operators and service providers in the supply chain, who all responded to the original consultation in 2018; the associations all share the view that there are many legal flaws in the arguments put forward by the Commission. These flaws relate to many issues – missing data, one-sided assumptions on efficiency gains disregarding non-rate related parameters, lack of a proper definition of relevant geographic markets to assess market shares and a complete failure to identify remaining benefits to users if the CBER would be continued.

A profound legal analysis of the SWD has demonstrated that:

In view of these legal flaws, and

The associations urge the Commission not to renew the CBER for four years and to conduct a proper objective evaluation of the Consortia BER within the coming twelve months. The additional time should be used to collect all the missing information highlighted above.

The associations, who are exploring all possible legal options, believe that it is the role of the European Commission to guarantee a true level playing field and a healthy functioning of the maritime logistics chain to the benefit of Europe’s consumers. The associations have requested a meeting with Commissioner Vestager and look forward to receiving a positive reply and the opportunity, as it has been the case for shipping lines, to expose their concerns. 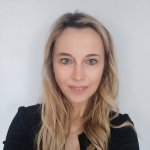