The provisional brexit agreement is a first good step. Despite optimism however, a no deal-brexit is still possible at the end of this month. The provisional brexit withdrawal agreement between the government of the United Kingdom and the European Union is a step in the right direction, according to ESC. There are still some uncertainties, for example, the British House of Commons must also approve the provisional agreement on Saturday. Until then, a no-deal scenario on 31 October is still not excluded. Last year the two parties, at that time with Therese May as prime minister, also reached an agreement. That was voted down three times in the British Parliament.

The major advantage of a Brexit deal would be that for direct trade between the European Union and the United Kingdom a transitional period will come into effect from 31 October, so that no changes will occur in daily trading practice. This means that sales, transport and deliveries of goods and services can then be continued in a regular manner during the transition period until 31 December 2020. Brexit will also be central subject  to be discussed during the European summit with government leaders over the next two days. ESC closely follows the various decision-making procedures. In addition, we identify the possible consequences of the preliminary agreement for trade and production companies. 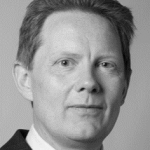